The end of the year 2017 was generous to us. We are happy to announce that we won StartUp Europe Awards 2017 Poland in the category of Gastronomy. Now we will take part in the European finals!

StartUp Europe Awards presents a prize methodology for startups at local, regional, national and European level that fosters the open innovation and the collaboration between the different actors of the European ecosystem, through the private-public partnership to support entrepreneurs. Besides, it creates a network of contacts that will inspire and provided visibility to all the local startups so that, by using this network, they can scale their services and products at a global level.

The next step for us is European finals of the competition in Brussels. 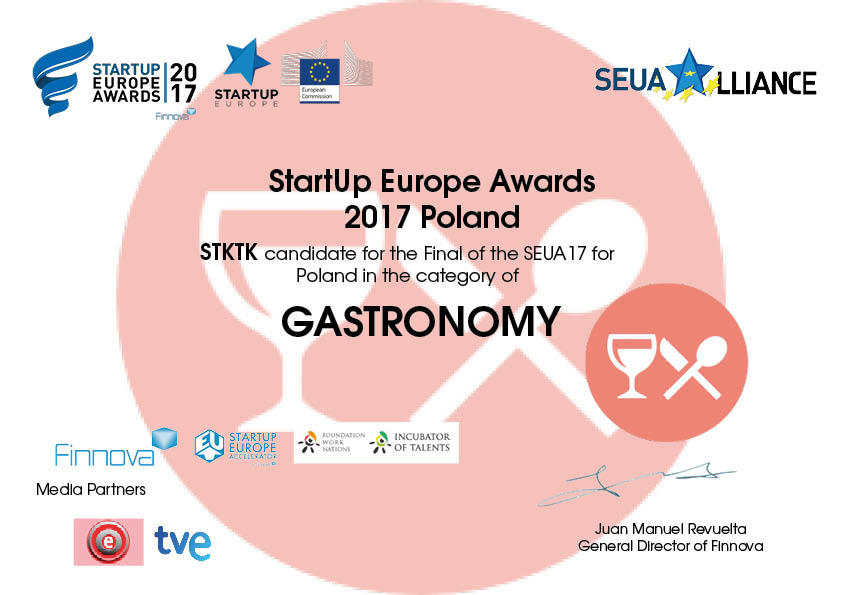